What are FICA Taxes and How are They Calculated?

Business owners are required by law to withhold a certain portion of each paycheck they distribute to their employees. These are normally referred to as payroll taxes, but there is actually a variety of taxes included in that total.

Some of those funds are for federal and state income taxes, others go toward unemployment taxes, and another significant portion goes to FICA taxes. Although income and unemployment taxes are fairly self-explanatory, not everyone knows a lot about FICA taxes. Here is a brief overview of what they are and how to calculate them, for an employee and for the employer.

What is FICA, Exactly?

FICA refers to the Federal Insurance Contributions Act that was passed in 1935. These taxes are used to fund both Social Security and Medicare. The amount of Social Security that taxpayers receive when they retire is based upon the amount of taxes they pay through FICA.

The rates are set annually, though do not necessarily change from the year before.  For both 2020 and 2021, for instance, the rate for Social Security is 6.2% and Medicare is 1.45%. So they generally total 7.65% but other factors may come into play. These taxes are divided between employers and their employees.

Does FICA Apply to the Self-Employed?

Self-employed workers must pay taxes for both Social Security and Medicare, but there are some significant differences. First, these taxes are based on the regulations of the Self-Employed Contributions Act. So they are referred to as SECA, rather than payroll, taxes. The rate is 12.4% for Social Security and 2.9% for Medicare. But the self-employed get to deduct half of that regardless of whether itemization or the standard deduction is used.

Similar to income taxes, FICA taxes are also wage-based. So the higher a paycheck, the higher the amount  that is withheld. However, although both Social Security and Medicare are funded with these taxes, they are approached in entirely different ways.

One of the extra factors to consider is that while employees will pay 6.2% up to $137,000, employers will pay 6.2% on the employees entire income, even once it passes the annual ceiling. Another factor is that there is an entire list of compensation and benefits that are not included in what is considered “Social Security Wages,” such as tips less than $20, payments to statutory non-employees, and others.

Unlike Social Security taxes, Medicare taxes don’t have an income limit. Since 2013, however, high-income individuals have been required to pay an Additional Medicare Tax of 0.90%.

FICA taxes are mandatory for a vast majority of U.S. part-time and full-time workers. Not only does that include resident aliens, but a significant number of non-resident aliens. However, there are some exemptions.

Teachers, for instance, usually have an alternative system in place for retirement. Some religious groups, such as the Amish, can apply for exemptions. Foreign government employees, some non-resident aliens, and the wages college students make from on-campus jobs are all exempted as well. However, anyone who does not pay FICA taxes waives their rights to receive Social Security and Medicare benefits.

How is FICA Calculated?

In order to calculate FICA taxes for an employee’s paycheck, you need to have the following information:

You will first use this information to calculate the employee’s Social Security and Medicare withholding, then the employer’s share. Although the taxes are shared between the two, the numbers are not the same.

FICA taxes need to be reported multiple times a year, in different places:

Although Medicare and Social Security taxes are grouped under FICA, they need to be calculated separately, since they are reported in different places on both employee paychecks and an employee’s W-2 form.

Due to the many criteria and variables involved, there is often more opportunity for error with FICA taxes than with some other financial obligations – many of which can just be handed off to a computer without a thought. Those opportunities for error are multiplied when the  the taxes are used at a higher frequency. For many employers, that is a weekly basis.

Even when there is a reliable system in place, extraordinary circumstances can cause FICA calculations to change completely. For instance, there was a significant change in 2020 due to the pandemic. While employers had to still deduct and pay employee FICA taxes, half of the employer’s 2020 payments were allowed to be postponed for a year and the other half were postponed for 2 years. Obviously, it’s imperative that employers stay on top of FICA regulations in order to remain in compliance. 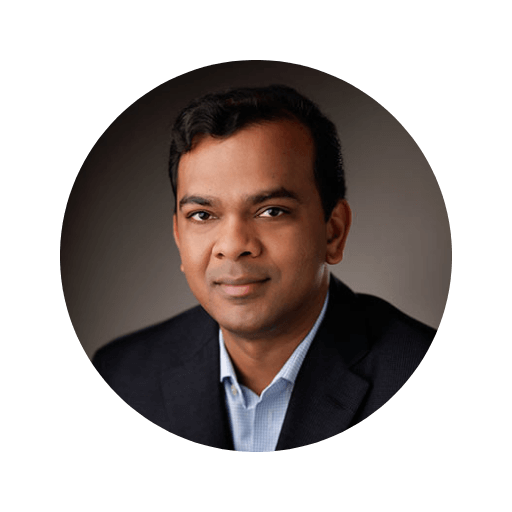 Sunil Reddy
CEO
Sunil has been CEO of Criterion since 2013, providing the visionary leadership that has made our human capital management (HCM) software the best user experience, functionality and value in the mid-market. He remains steadfastly committed to developing the best possible solutions for the entire employment lifecycle, helping executives to make data-driven workforce decisions.

How to Use Self-Appraisal Comments to Improve Employee Performance Evaluations

The Top 6 Best Tools for Workforce Planning and Human Resources

How to Use Overtime Effectively

Using overtime effectively can help employers better allocate their labor resources and stay in compliance, and technology can help manage the process.